Sad that you’re no longer at the beach and faced with the reality of working again? Avoid it, by cuddling up on the couch and entering four new realities… 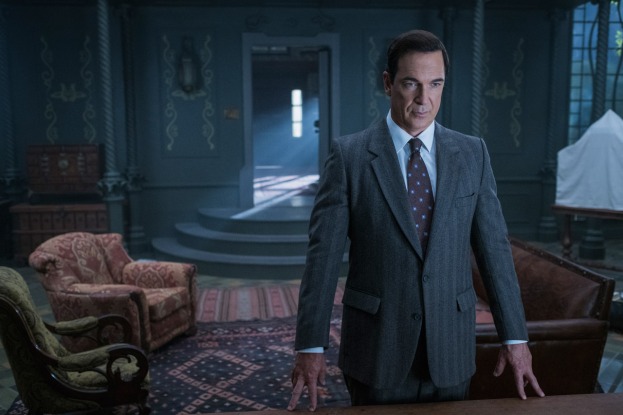 A SERIES OF UNFORTUNATE EVENTS

If you’re looking for a reality to make you feel like your working world isn’t that grim, then don’t go past the new Netflix series of Lemony Snicket’s A Series of Unfortunate Events. Even though it doesn’t really seem like much time has passed since the 2004 movie version of the same name came out and a reboot isn’t exactly necessary, you will be glad that Netflix decided to proceed nonetheless.

Starring in and produced by Neil Patrick Harris of How I Met Your Mother wonderfulness, this show nails it from the start. NPH is downright terrifying as the dramatic Count Olaf to the point where you can’t help but acknowledge that the very family-friendly comedian puts his best acting feet forward as the child-hating villain. Patrick Warburton, with his distinct gravelly voice and dapper outfits, narrates the show as Lemony Snicket and absolutely KILLS IT.

Seriously, can he narrate my life?

The Baudelaire children are played by relative newcomers Melina Weissman, Louis Hynes and Presley Smith, and they do a great job. Well-spoken and well-dressed, Violet and Klaus are as perfect as can be, but it’s the animated biter baby Sunny that lights up absolutely every scene she is in – even if she is just being held, looking at a mark and wearing an adorable hat. Even surprise scenes starring Will Arnett and Cobie Smulders (It’s Robyn! Ah!) give your life hope – and then dashes it horribly so (as the show is want to do).

The storyline gives each book room to move, and the scenes are well established – even the seemingly random scenes that simply provide some comedic relief from a woeful tale. I finished watching the eight episodes of the first season, and could hardly wait to dive into the Baudelaire Children’s hyper-coloured world again. Like another orphan once said, “Please sir, can I have some more?” 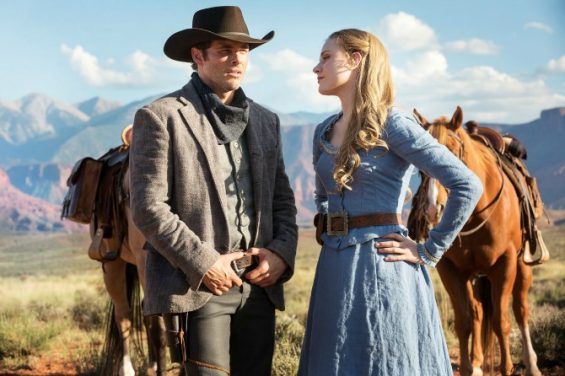 Now, a science fiction western world definitely sounds like a reality I can get into!

HBO is the channel behind shows like Game of Thrones and True Blood and they have set their sights as being the channel for daring, blood-thirsty and popular shows. Their latest offering, Westworld, does not disappoint.

Set as another reboot to the classic 1973 movie of the same name, Westworld is a western style futuristic theme park populated by “hosts” – realistic robots who live out the same day over and over again, providing stories for high-paying guests to follow and live out their greatest fantasies. Little do the guests realise, however, that some of the hosts are actually gaining consciousness and are developing their own ideas…

As you delve deeper into the consciousness of those who have artificial intelligence – as well as those that don’t – secrets are revealed and mysteries are woven that keep you hooked all the way along. Starring Evan Rachel Wood, Anthony Hopkins, Thandie Newton and James Marsden, Westworld isn’t afraid to give you humanity in some of its truest forms.

Westworld took two years to make and the second season won’t be released until 2018, so you have plenty of time to watch, get addicted, make it your new favourite show, and then watch again. 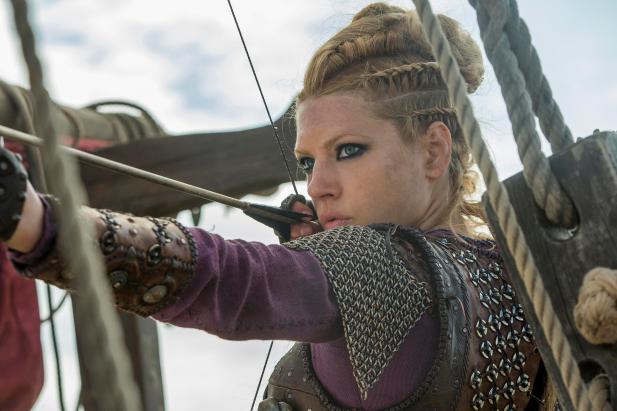 Are you one of those people who love getting lost in pages of the past? Well, the History Channel has never been more entertaining with their TV show Vikings!

Vikings follows the life of Ragnar Lothbrok (Travis Fimmel), a fierce Viking warrior who is not content with living out a simple life and uses his lust for glory to rise as a leader of a Viking empire. Ragnar Lothbrok’s story is a Norse legend taken from the pages of history, and is an eye-opening look into the world of vikings.

Vikings is four seasons deep already, giving plenty of viewing time for those looking for a binge, but it’s the characters and their adventures that will have you coming back for more. If following the life of the legendary Ragnar doesn’t interest you, there is always his wild and impulsive brother Rollo (Clive Standen), the spiritual trickster Floki (played by Alexander Skargard’s brother Gustaf), or Ragnar’s brave and loyal son Bjorn (Alexander Ludwig).

But we all know that the real star of the show is Lagertha (played by Katheryn Winnick) who is Ragnar’s once wife but all the time badass warrior queen. Let’s face it, this show should probably just be the tales of Lagertha – she’s the real legend here.

You must be living under a rock if you haven’t yet heard of Stranger Things – the epic Netflix TV show dripping in 80’s nostalgia. Set in a small town, the lives of a group of boys are turned upside down when their friend Will goes missing, starting a chain of events that tears at the very fabric of the town’s reality. Dark and mysterious government agents and supernatural forces start to underpin society, as individuals race to save Will and the other townsfolk from a dreadful fate.

Stranger Things is everything that made classic 80’s movies great – the friendships, the well-developed characters, the supernatural elements – and it all fits so well into the modern realm of bad-assery. The characters are absolutely boss, and while they each have their own strengths, Stranger Things has become something of a how-to guide for bad-ass women everywhere.

From mum on a mission Joyce Byers (played by Winona Ryder) to the epic Eleven (Millie Bobby Brown) with her telekinetic abilities and brave heart, to Nancy Wheeler (Natalia Dyer) who won’t back down on what she believes in, the girls in this show make up the story’s heart – and that’s not even mentioning how much of a QUEEN Barb is. Move over Beyonce, Barb is in town.

In hindsight, I probably should have called this article, “Badass Women and a Baby”, but there is always next time. Enjoy!

This is a text widget. The Text Widget allows you to add text or HTML to your sidebar. You can use a text widget to display text, links, images, HTML, or a combination of these. Edit them in the Widget section of the Customizer.
Loading Comments...
Comment
×
%d bloggers like this: