I have published many works, articles, and posts on professional websites across Canberra and Australia, as well as my own, but I also write short stories based on my experiences, with a horror twist. 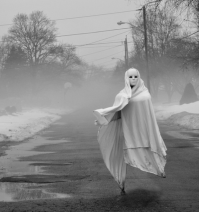 This short story was created for a short story competition and has since been published on my horror blog This Side of Sanguine. To read the story click here.

The Circus of The Eternals

This short story was created and published in the academic journal Comedy Studies, along with other piece from famed creators such as Will Elliot and Stephen Chiodo. The story has also been published on This Side of Sanguine and can be read here. You can also read the story in Comedy Studies.

I am currently working on a short film with creative Doug Hall and producer Justin Bush with Austography Film Image Inc, who are the producers of the Award Winning short film Dagger One (2019). This short film is based on a short story that I have written and the team are currently casting the film’s main characters. Check out the website here for more information.

This is a text widget. The Text Widget allows you to add text or HTML to your sidebar. You can use a text widget to display text, links, images, HTML, or a combination of these. Edit them in the Widget section of the Customizer.
%d bloggers like this: