Everyone remembers the Twilight years, and no I’m not talking about the last years of someone’s life.

Though maybe technically I am.

I’m talking about the popular vampire romance series Twilight that was released in 2005 and prompted a chain of pop culture that took over most TV scripts, books, and hearts of teens everywhere. From Twilight came The Vampire Diaries, True Blood, and an obsession with a romanticised version that vampires don’t melt in the sun, they merely sparkle.

The dark and mysterious underbelly of the supernatural world was awakened, and elements were interwoven. Werewolves and vampires coexisted in every dimension, and so did witches and other creatures of the night. They’re not all evil, but it wouldn’t be a great story if there wasn’t some sort of drama and battle between species.

Then came the next level of supernatural stories – zombies. They didn’t sparkle. They were messy, bloodthirsty, decayed. Romance was not on the cards (except for Warm Bodies) and it was all about survival in a gritty world and base human instincts. The Walking Dead started this outbreak and was followed with different versions and heroes.

But the zombie world rarely interacted with a world filled with vampires and werewolves, which was supposed to be the same reality – ours. There were no vampires dying out from lack of fresh human blood, no zombie werewolves. Zombies live in a world all their own.

It was around this time that zombies were becoming the next stage of pop culture that I came up with the idea for my new novel Cosmic Decay: Contamination. It added the extra level in a zombie universe and pulled together a new science fiction horror genre. I introduced a world filled with zombies and aliens.

Stories surrounding aliens and dystopian stories of survival against an alien invasion are a world all their own. But what do you get when you cross The Walking Dead with Falling Skies?

You get Cosmic Decay: Contamination. 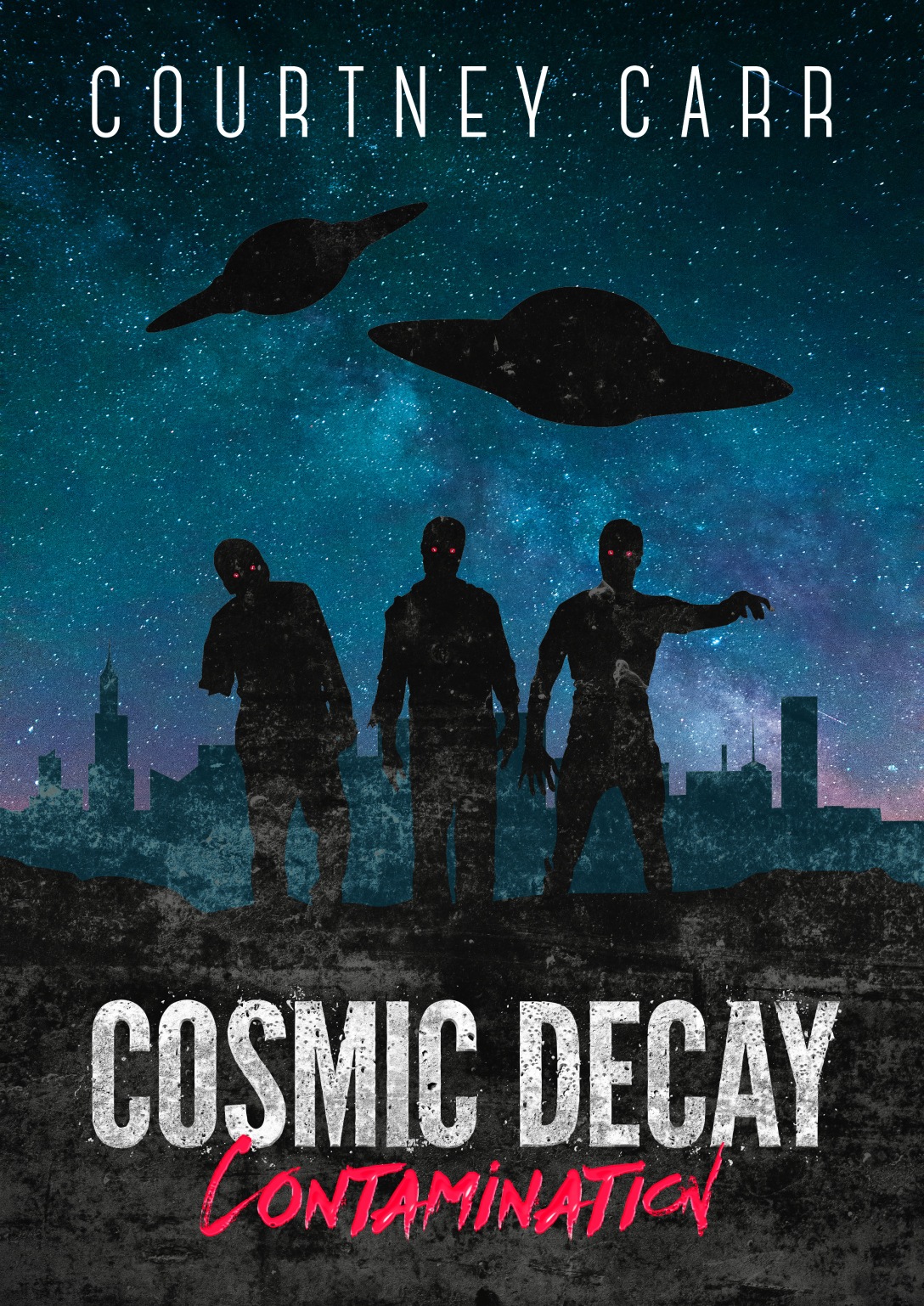 Cosmic Decay: Contamination follows a small group of survivors living amongst a ruined Earth, fighting against hordes of Mindless zombies every day. They are privy to the arrival of Visitors from another world, who arrive hoping to settle on the dying Earth. In order to survive, the group must defend themselves against the Visitors and the Mindless by unravelling the connection between the two and waging war to reclaim the ownership of the Earth.

If this person is also you, you will be delighted to hear that Cosmic Decay: Contamination will be available for purchase on Thursday 23 February 2017, and you will be able to purchase the book and have it signed at an exclusive Book Signing Event at the Harry Hartog Bookstore in Woden on Saturday 4 March. I’d love to meet you there!

Cosmic Decay: Contamination will be available for purchase at www.courtneyrachellecarr.com from 23 February 2017, and will also be available at Beyond Q Bookstore, Curtin, and Harry Hartog Bookstore, Woden.

What: Book signing for Cosmic Decay: Contamination
When: Saturday 4 March 2017 from 11.30am – 1pm
Where: Harry Hartog Bookstore, Woden Plaza, Woden

This is a text widget. The Text Widget allows you to add text or HTML to your sidebar. You can use a text widget to display text, links, images, HTML, or a combination of these. Edit them in the Widget section of the Customizer.
Loading Comments...
%d bloggers like this: